Wamlambez, Tetema Songs Banned!! Only to be heard in bars. 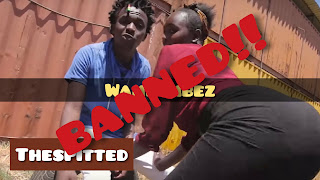 The moral cop, Ezekiel Mutua, has banned Wamlambez song by Sailors from being heard away from pubs. This hit song which has now become a sort of greeting in Kenya whose response in Wamnyonyez has been banned together with Tetema, a bongo song from Tanzania’s Diamond.

The reason behind the banning, is that the songs are pure pornography. In a tweet that brought a stir on Twitter, Ezekiel Mutua, continued saying that the songs are to be only played in bars and nowhere else other than bars. This is what he said on his twitter handle:

“Tetema and Wamlambez songs are strictly forbidden outside of clubs and bars. It’s embarrassing to see even national leaders singing and dancing to the obscenity in public. The lyrics are dirty and not suitable for public consumption, especially children.“ 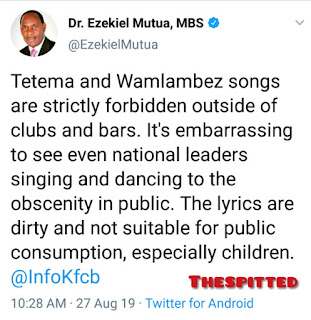 He further justified his decision of only allowing the songs to be played in clubs claiming that although the songs are pornography, the lyrics are coded such that they are not directly dirty. Read what he said on his twitter handle:

“Both songs are pure pornography. While we may not ban them because they are coded, it’s important for the public to know that they are dirty and unsuitable for mixed company. Let them be restricted to clubs, for adults only!“ 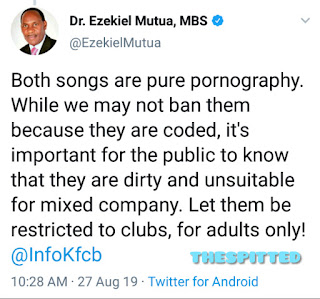 This Wamlambez song has become a sort a national anthem whereby wherever you go in this vast country and shout Wamlambez, you will obviously hear the response Wamnyonyez.

This decision has stirred mixed reactions from Kenyans On Twitter. The tweeps lamented on his decision some claiming that this doesn’t change a thing as they will still continue listening to this iconic Kenyan song. Check out some of their comments concerning the ban: 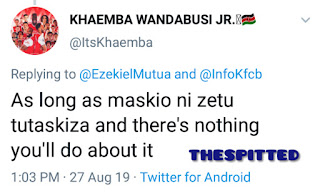 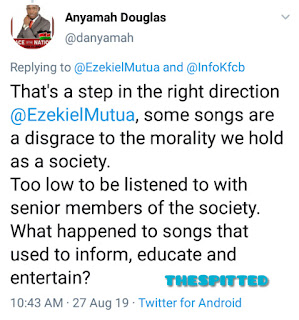 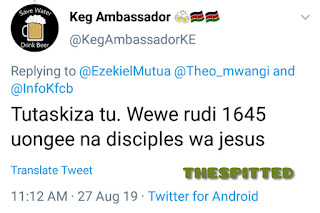 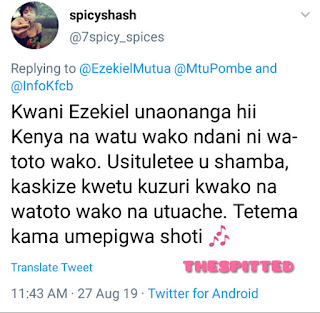 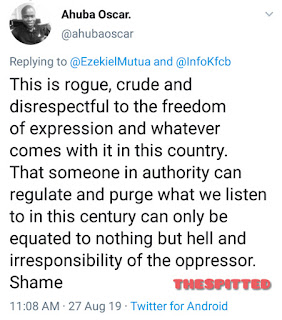 Wamlambez has garnered nearly 4 million YouTube views while it’s banned counterpart Tetema has more than 30 million views. The questions most of us have is why after all this time, nearly more than three months, does he ban the songs.

Does it mean that all this time the song has been played all around he has never heard it. Well those are decisions from the head of Kenya Film Classification Board. Let me hear your views on this banning in the comments section below.