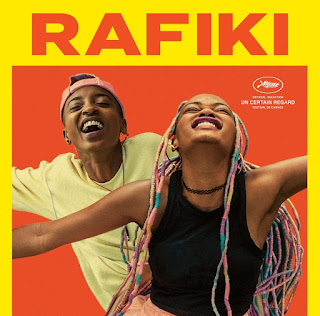 Controversy and criticism in normal human life is tormenting but not so in the movie industry. The director of a movie feels so glad when his/her work is the talk of the town, trending in every social media platform. A movie being controversial makes the controversy market the movie with the creators not working too hard on it. Such controversy is what brought a Kenyan film, Rafiki, fame and popularity with it even going home with several world renowned international awards. What was(is) the controversy behind this Rafiki movie?

Rafiki is an LGBTQ+ movie with the main characters being Kenyan lesbians. The movie revolves around the lives of two lesbian lovers who live in a world so homophobic that their relationship has to come to an end due to the cultural and social norms of the community but they choose otherwise. With all the criticism, they still come out of the closet despite the challenges and dangers they are exposing themselves to.
[post_ad]
Rafiki, directed by Wanuri Kahiu, a Kenyan, got all sorts of criticism and controversy that saw it getting banned in Kenya. The chairman of the Kenya Film Classification Board , Ezekiel Mutua, lay grounds over the ban that it had erotic and gay sexual scenes of which Wanuri Kahiu refused to edit out when prompted to so as to hold the ban but she declined claiming that the scenes are what made the movie hat it was. Wanuri Kahiu took it to court to appeal the ban and in her favor the ban was withheld allowing her movie to be aired in Kenyan theatres for sometime before being awarded at the Cannes Festival. Be sure to watch this controversial movie.