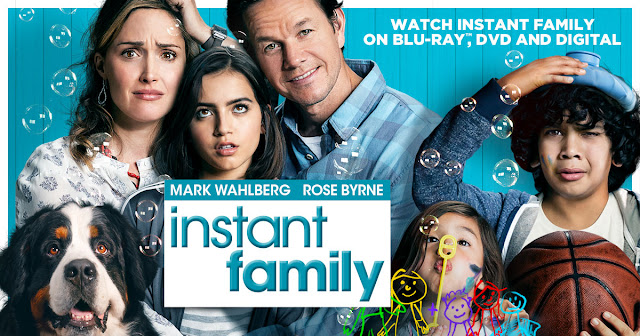 This is the kind of movie you can even watch with your grandma. Though it has some vulgar lines, they are of lesser magnitude. Truth be said, I got another crush Lizzie (Isabela Moner) in that movie. She is a responsible girl acting mature in her middle teenage. I bet you will have a crush on her instantly (pun intended) when you have watched this Instant Family Movie.
A quick synopsis of the movie is that a couple having no children lands on an idea of adopting kids. The husband at first acts reluctant at first but later after seeing the cute innocent faces of the kids in the children’s home website, he falls for them and immediately starts liking the adoption idea.
For them to adopt a kid they had to undergo fostering classes for some weeks being offered by the children’s home. So eagerly, the couple meets other people; gays, couples and a single lady all having the same notion of adopting.

Now that their classes for fostering are over, they are now faced with a challenge of deciding on which kid to adopt. After meeting a couple of kids who they dislike or got disliked by, they finally settle on Lizzie (my crush) who at first looks like a neglected bad girl but acts mature and funny. For them to adopt her they have to adopt her two other siblings too!

Living with adopted kids is hard for the couple as they have to deal with the children’s craziness, and the biological mother of the kids who want to take the children by taking the issue to court yet the couple had now found true love for the kids and had started living like a family. Watch what parents go through as you laugh all your way to the end of the movie.
[post_ad]
No Result
View All Result